A tragic accident causes an anguished man to retreat deep into the forest where he is transformed into a "wild man."

(The film was nominated for 10 Leo Awards and won 6)

SGaawaay  K’uuna (Edge of The Knife) is not only a multi-award winning feature film, it is the first feature film spoken in 3 dialects of the Haida language. I was brought on after the month-long shoot, and with the exception of a few weeks in Masset, Haida Gwaii, most of the edit took place in my living-room - alternating between long distance communication and in-house sessions with co-directors Gwaai Edenshaw and Helen Haig-Brown, and Producer/DP Jonathan Frantz.


The story presented creative challenges in how to visually portray the on-going transformation of the Wild Man and his heightened senses throughout the film without a lot of VFX. We also had practical language considerations and worked with language keepers to ensure we used the appropriate delivery and in the case where ADR may be needed, to try to make it as inconspicuous as possible. Edited on Avid Media Composer. 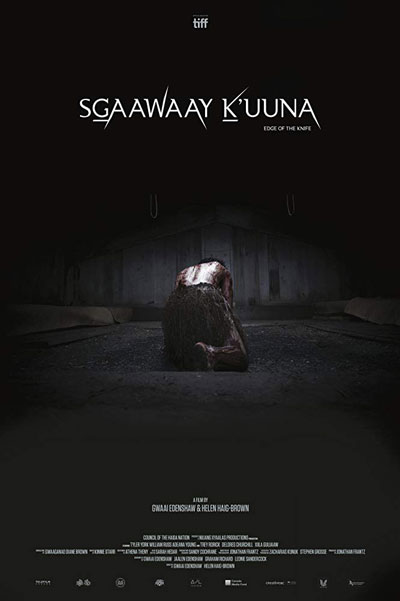